What Is the Suzuki Method?

If you’re considering music classes for your child, or if you’re interested in music education in general, you’ve more than likely heard of the Suzuki method. It’s a well-known, tried-and-true method of music education used around the world. But what exactly does it entail? Here’s a look at its creator, Dr. Shinichi Suzuki, and the core ideas behind his popular methodology. 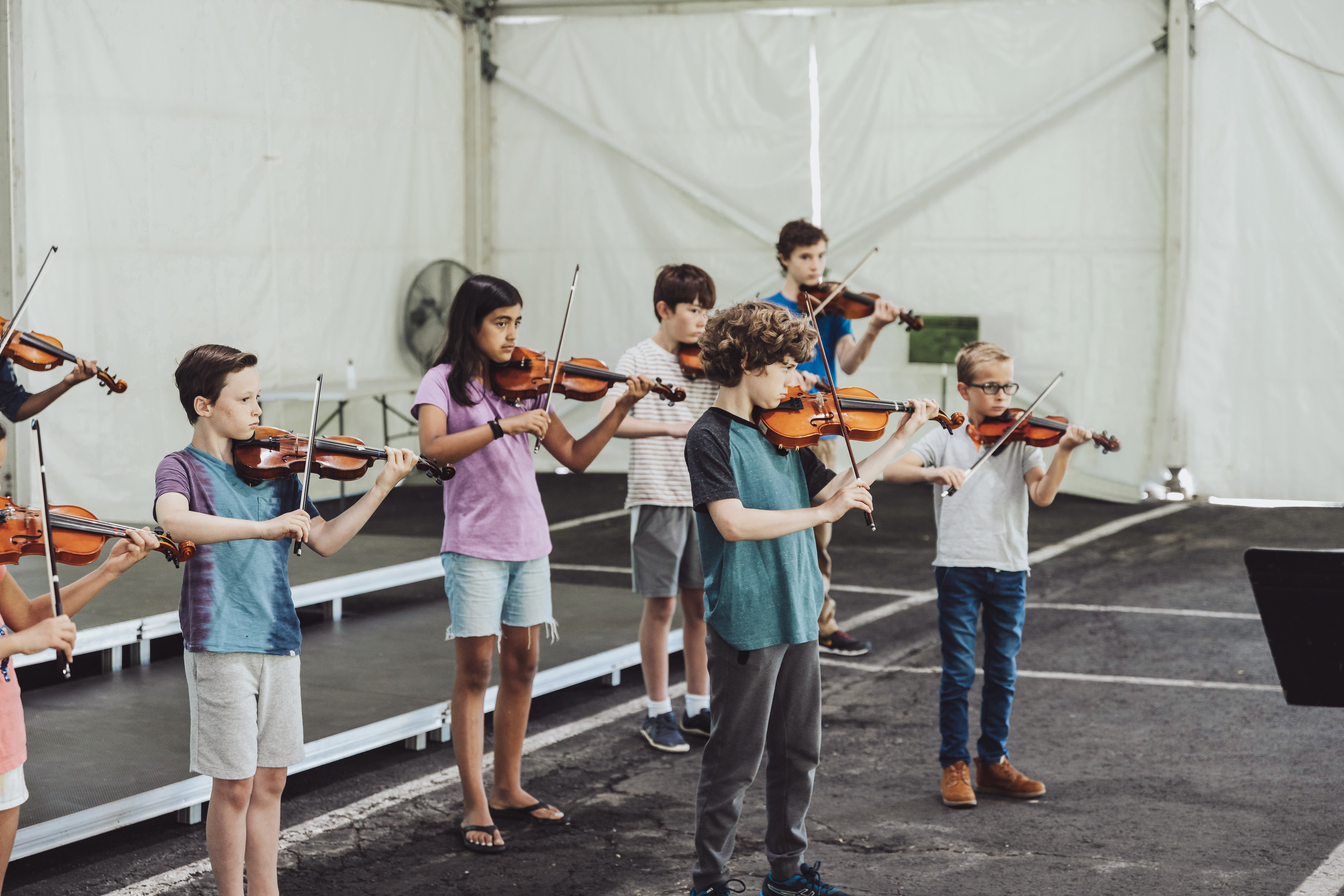 Who Was Dr. Shinichi Suzuki?

Dr. Shinichi Suzuki, creator of the Suzuki method, was an accomplished musician, philosopher, and educator. Born in Nagoya, Japan in 1898 to the country’s first and largest violin manufacturer, he found his passion for the violin after hearing a recording of Schubert’s “Ave Maria.” At 22 years old, he left for Germany, to study with renowned violinist Karl Klinger.

In Germany, he honed his skills on the violin and married his wife—and discovered the difficulty of learning the German language. After returning to Japan and beginning to teach music, Suzuki was struck by the concepts of language learning and the ability of children to so easily learn their native tongue. He then applied the language learning approach to music, reasoning that children could effectively learn music in the same way they learned language. This revolutionary approach became known as the Suzuki method.

In the 1960s, word of the Suzuki method spread internationally, and music teachers around the globe began to use his techniques. Suzuki was named a Living National Treasure by the Emperor of Japan and was a Nobel Peace Prize nominee. His influence reached across distance and time, with the Suzuki method continuing to flourish long after his death in 1998. What Is the Suzuki Method?

Suzuki’s Philosophy
Dr. Shinichi Suzuki developed his music education method based on the belief that most people can learn to play an instrument. His methodology took inspiration from language learning, exploring the ways in which children can easily and naturally learn their native language. Because of this, the Suzuki method is also known as the mother tongue approach.

Dr. Suzuki called his method “Talent Education.” In Japanese, that word “talent” (saino) also means “ability.” This blend of meaning illustrates Suzuki’s dual emphasis on talent in the sense of musical skill, and ability in the sense of personal development of character.

In fact, Talent Education prioritizes the development of character. “The main concern for parents should be to bring up their children as noble human beings,” said Dr. Suzuki. “Children can play very well. We must try to make them splendid in mind and heart also.”

The Musical Environment
Children learn language through exposure, and Dr. Suzuki translated this to music learning by emphasizing that children should listen to music constantly, from as young an age as possible. Familiarizing students with music is an important part of the Suzuki method, and is an ongoing process meant to develop the best environment for music education.

This environment should include social support as well. Dr. Suzuki advocates for the involvement of parents in children’s learning. Peers, too, should encourage each other and learn together, creating a fun and immersive atmosphere. Dr. Suzuki is quoted as saying, “An unlimited amount of ability can develop when parent and child are having fun together.”

Progression of Skills
Just as language competencies develop in stages, the Suzuki method takes students through levels of learning by utilizing specific repertoires—carefully selected and ordered songs that students progress through to advance their skills. These musical selections vary by instrument. As a violinist himself, Dr. Suzuki first developed a repertoire for the violin, but repertoires have since been developed for many other instruments including the piano, flute, and guitar.

Another important difference in Suzuki lessons is that learning to read music comes later, after students have mastered basic playing skills. This is yet another reflection of language learning, where reading skills develop after speaking and comprehension.

Together, these concepts and strategies make the Suzuki method a uniquely fluid, immersive, and successful approach to learning music. From its inception around the 1930s to its reception in the US in the 1950s and beyond, the Suzuki method has become a popular technique in music classes worldwide. Suzuki Music estimates that more than 250,000 children around the world are learning by the Suzuki method today. Here at Levine Music, Suzuki students enroll in an educational package, which includes individual instruction, group classes (where appropriate), and special activities and events that are suited to each instrument. Before registering for Suzuki classes, parents and prospective students get to observe lessons already in progress (at no charge). Students can begin as young as 3 ½ years, and the Suzuki method is offered for guitar, piano, and strings (violin, viola, cello, and harp), and woodwinds and brass (flute and trumpet).

We also have a variety of other areas of study. We offer outstanding music instruction and programs to students of all ages, interests, and skill levels at our six campuses in the DC area. At each Levine campus, our students find a diverse range of musical activities, a supportive environment, and dedicated teachers to challenge their creative limits and to guide them. We also offer online learning!

Here at Levine Music, our core values—excellence and opportunity—infuse everything we do. Learn more about our program areas and upcoming performances, and donate today to help us bring lifelong joy and inspiration through music!